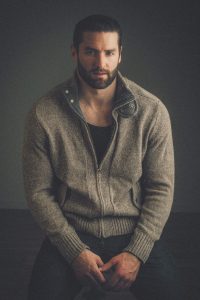 Brian Regal is an actor based in Los Angeles, California. Hailing from legendary Dorchester, Massachusetts, Regal began love affair with the arts at a young age, starring as “Wilbur” in a theatrical rendition of Charlotte’s Web at the age of eleven. As a mainstay in the Boston comedy scene his father, Ed Regal, left quite an impression on Brian that fueled his desire to pursue acting as a career.

After he moved to Los Angeles he began booking commercials and music videos. Regal joined SAG-AFTRA in 2016 and made his feature film debut in festival favorite, Saviors, in 2018.